2008 is finally at an end, and a lot happened. In the Hyperion sense of things, 2008 was busy in terms of new versions of software coming out, more name changes (I’ve almost given up trying to stay current with the terminology), and a very successful ODTUG in New Orleans.  The current latest version of things is 11.1.1.1.0.  Now, in my book, for all intents and purposes, System 9 was really version 8 of Essbase, and with no disrespect to the Oracle/Hyperion developers, I think from a development, stability, and feature standpoint, 11.1.1.1.0 is really like version 8.5 of things.  This lines up with the internal under-the-hood versioning scheme of Essbase as well, since internally it is referred to as 9.5 (and keeping in mind that version 8 was totally skipped).

On a more personally relevant Essbase note, 2008 was also a good year for me, my team, and my company.  We rolled out new cubes, rolled out Dodeca (this was really more of an upgrade for us since we have been happily using Dodeca’s spiritual precursor, ActiveOlap, for the better part of a decade), rolled out Essbase to more functional areas within the company, upgraded all of our servers to the same version of Essbase, and we refined and polished many processes and systems that keep the system running. Moreover, we kept our users very happy.  I pride myself on thinking of their needs first and foremost, and I really think it shows in the final product, as well as our willingness to crack open a system and make a small change that helps someone out.

And mostly unrelated to Essbase, 2008 was a good year for me, although I am happy to start anew with 2009.  I spent two weeks with my team in Cincinnati (also, John McCain got into my elevator at my hotel, which was pretty cool).  There was a trip to ODTUG in New Olreans, I drove down to Alabama to go rock climbing with Tim Tow, I climbed to the top of Mt. Baker in the north Cascades here in Washington, I flew down to went to my buddy’s awesome bachelor party in San Diego with 20 other guys, got accepted into the Computer Science program at the University of Washington, finished my first quarter with straight A’s, got to visit my sister/brother-in-law/nephew in Omaha, and too many other things to even mention. I also got to play around with a lot of Java, Python, and C++ this year.

A lot of people make resolutions for the new year.  I’m not much of a new year’s resolution guy because I have specific goals that tend to transcend the boundaries of a calendar.  This last year I made some good progress in getting closer to my goals, and also overcame some challenges. This year I am looking forward to continuing to make progress towards the things I want to accomplish, also knowing full well that there will be even more challenges.

If you haven’t already, take a few minutes for yourself , step back for a moment, assess what you accomplished last year, and ask yourself what it is you want to accomplish.  You really can do anything you want — provided you are willing to make the proper sacrifice for it.    Have a happy new year. 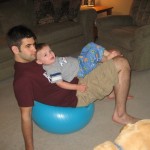 Visiting my nephew in Omaha 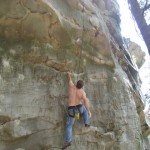 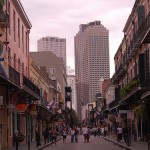 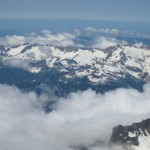 Olympics in background from Baker 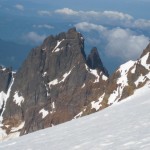 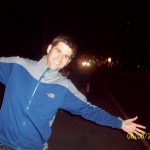