END_OF_DOCUMENT_TOKEN_TO_BE_REPLACED

MDX has been around for many years, but it seems to be enjoying something of a renaissance right now. I think there are various reasons for this. Dodeca has supported MDX in various ways for quite some time, and even dramatically enhances MDX support in its latest 7.3 release, including an MDX editor with advanced syntax highlighting and autocomplete (!), support for member lists generated from MDX queries, and more. I really prefer MDX over report scripts especially when it comes to generating member lists. The equivalent MDX queries always seem a little cleaner and succinct.

To that end, I thought I would start collecting various MDX examples that process dimensions/members in certain ways put them up on a page. There are examples for the Sample/Basic database that show fetching members from a dimension at various levels, with a UDA, sorted forwards/backwards, removing duplicates, and more. It’s nothing earth shattering (considering the super complex things that MDX can achieve) but in the future I foresee MDX being used even more for things like this. 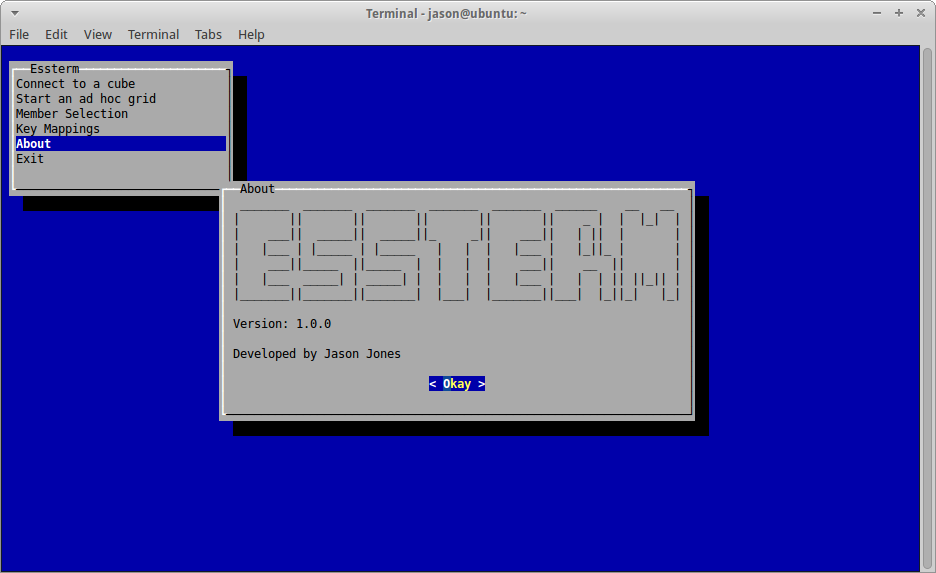 Remember the last time you thought, “You know, Excel is just a little too modern, I wish I could do multi-dimensional analysis using my keyboard, in a terminal, the way the Pilgrims did it.”

Yet, here we are.

I was going to originally release this as a bit of an April Fool’s joke, but I didn’t have quite enough time. I actually showed this off to the fine folks at my Collaborate session last month, and believe it or not, some of the people there thought it had some interesting use-cases. END_OF_DOCUMENT_TOKEN_TO_BE_REPLACED

Drillbridge is a tool with an ostensibly narrow focus – drill from Essbase/Hyperion data to somewhere else. Typically that “somewhere else” is the relational data that has been summarized to load into the cube. While the concept of drill-through is very simple in principle, Drillbridge has been extensively engineered to make take this simple process and augment it with dozens of features that enhance its usefulness.

That said, in no particular order, I thought it might be fun to point out my ten favorite Drillbridge features. END_OF_DOCUMENT_TOKEN_TO_BE_REPLACED

Oftentimes when I am demonstrating or teaching aspects of Dodeca to people, they are amazed at the sheer number of options and configurations that are available on a view. Fortunately, I am able to tell them that yes, there are many, many options – and they are there if you need or want them, but they won’t get in your way. The defaults are very sensible and getting a basic Essbase-based Dodeca view running is incredibly easy.

Another thing to keep in mind is that for the most part, the extreme amount of options and flexibility we have on a single view is often available to us in lieu of code. So, tasks that typically required some non-trivial amount of VBA code are now completely code free. When we need some advanced functionality that isn’t available out of the box, we can use Workbook Scripts, which is an event-driven scripting technology that is particularly well suited to working with spreadsheets and the data contained in them.

That all said, today I want to walk through a bit of a cross-functional example that starts with a very typical Dodeca view based on an Essbase retrieve range, then enhance it to give our users the ability to zoom in on the different time periods in the view without having to rebuild the view. So we’re going to blur the line a bit between static and dynamic reports, and our users are going to enjoy some additional flexibility and convenience with regard to their reporting (and keeping users happy is always a good thing, right?).

END_OF_DOCUMENT_TOKEN_TO_BE_REPLACED

This post might alternately be titled, “So you’re really stubborn and wasted a couple of hours messing with the Essbase Java API”, or something. I was in a discussion the other day and asked about the ability to run an application-level calc script.

Well, back up, actually. Did you know that calc scripts can exist at the application level in Essbase? For a very long time, Essbase has had this notion of applications and databases (with databases often just being called cubes), such that there is usually one database/cube inside of an application, but there can technically be more (at least in the case of BSO). It’s almost always the best practice to have just one cube to an application. This is largely for technical reasons.

END_OF_DOCUMENT_TOKEN_TO_BE_REPLACED

Lately I have been working on new materials and demo ware to help show off the power, flexibility, and sophistication of both the Dodeca Spreadsheet Management System and Drillbridge/Drillbridge Plus. I came across a really great Drillbridge mapping example today that I hadn’t specifically solved before, but with a little creativity I was able to write the proper Drillbridge query and get exactly what I wanted.

Consider an Essbase cube with the following dimensions:

For this post I am going to design a Drillbridge query that maps from this cube back to its related relational data, with the additional wrinkle that we want upper-level drill in several dimensions, including one where the dimension in the cube is represented by two different columns in the source data.

END_OF_DOCUMENT_TOKEN_TO_BE_REPLACED

I had a need for the Hyperion Parent Inferrer functionality for an internal project I am working on. It didn’t quite do what I needed out of the box so I updated things a bit. As quick background, the Hyperion Parent Inferrer is a simple one-off Java program/library I developed (apparently four years ago, wow) to parse indented data into an explicit parent/child file.

There are a few (apparently rare) cases where this is useful. In my case, I was modeling some hierarchical data and I find the indented format to be much easier on the eyes. Like so:

But when it comes time to load in to Essbase, clearly we need something more explicit. The Hyperion Parent Inferrer takes that preceding as input and then outputs something like the following:

The program has been enhanced to allow for a custom indentation character (such as tabs), to be able to specify the text rendered when there is no parent (instead of null), and a couple other little cleanups.

For some reason the other day I was thinking “Whatever happened to that renegade members feature?” So I did some digging.

Renegade members, by the way, refers to this concept where instead of a data record being rejected, you can map it to some other member. Other names for this feature might have been “shovel members”, but renegade members sounds cooler. That said, it’s a feature with a cool name but an apparently terrible publicist.

Renegade members were blogged about as early as a few years ago, such as on Cameron’s blog (during the 2013 OpenWorld), in Russian (apparently), and even over at Rittman Mead’s blog (before Mark spent his days trying to get tea kettles to work with the internet, but I digress).