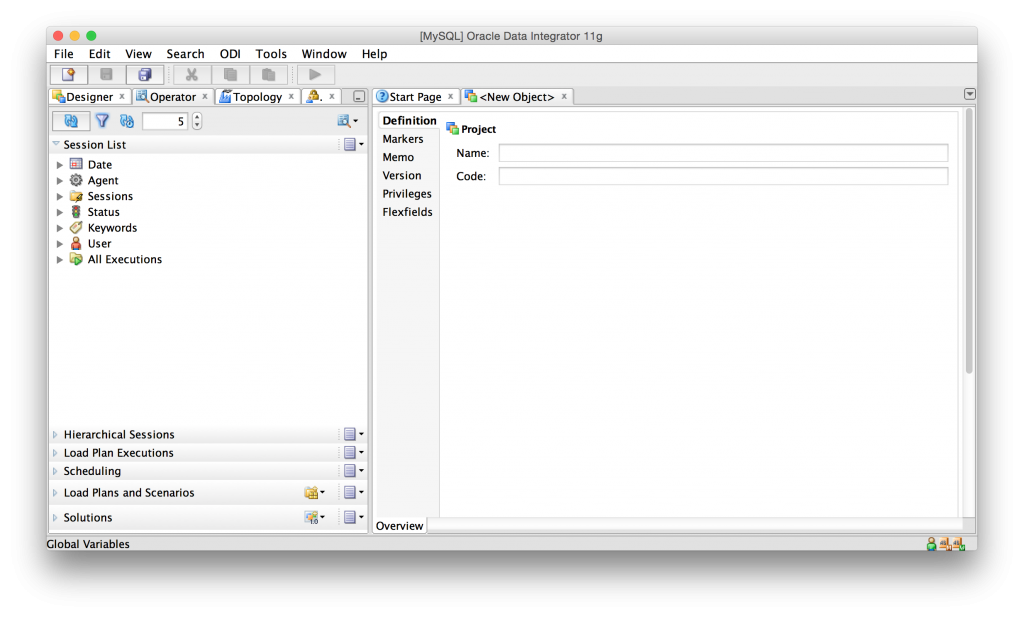 I usually run ODI Studio in a Windows VM or just in an RDP session on a Windows server. But, I run a Mac (a lovely MacBook Pro) and am embarking on something of a local development project, and decided to run ODI Studio natively.

I’m hardly the first one to the party. In fact, I found some great instructions that got me 95% of the way up and running over on a blog article from 2011. I couldn’t quite get ODI to run, however. My default Java JDK is 1.8, but the version of ODI Studio I was trying to run is 11.1.1.7 (yeah yeah, it’s older, I’ll get 12c up and running soon enough…). In short, this version of ODI Studio wants a 1.6 JDK.

So the trick was how to leave my system default JDK at 1.8 but then force ODI to use the 1.6 JDK that’s also installed (just not default).

Normally you can use a SetJavaHome option in a conf file, but this didn’t seem to change anything. I think the ODI launcher tool (which is based on a generic Oracle IDE launcher system) just kept quickly seeing that I have a JAVA_HOME set to a 1.8 JDK, so it was just running with that and not trying anything else. So I dug through the files and found that the launcher will respect a special Java home variable named OIDE_JAVA_HOME, and use that first. So without making any other change, this following can be used on a Mac to force the use of a 1.6 JDK when there is a higher version installed as the default:

Then just run ODI as normal:

After that, ODI Studio launched like a champ with no error messages: I’m not sure how many people will find this useful (not many), but if this post is like many of my others, I’ll be stuck on this in a couple of years, Google around for a solution, then find my own article and be amazed that I forgot that I solved it…